Naija News understands that the  26-year-old Musa, who joined the Saudi outfit after his heroics at the 2018 World Cup, was impressive throughout the season as he helped his side to a successful finish. 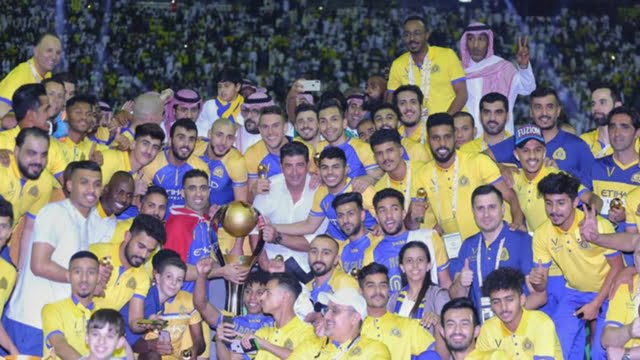 Abdellah Hamdallah netted a brace for Al Nassr in the game with Zied Ounalli scoring Al Batin’s only goal.The champions garnered 70 points from 30 games with their closest rivals, Al Hilal amassing 69 points from the same number of matches.

Musa, who made the move from Premier League side Leicester City last summer, scored seven goals in 24 league appearances for Al Nassr in the just-concluded season.

The forward, who has already been named in the provisional squad of the Super Eagles ahead of the 2019 Africa Cup of Nations (AFCON), is expected to now go on holiday before linking up with his international teammates in Asaba on June 2 for their AFCON camping exercise.

Copyright Naija News 2019. All rights reserved. You may only share Naija News content using our sharing buttons. Send all news and press releases to [email protected].